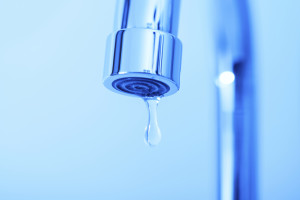 Water conservation is an extremely important issue, especially in Southern California. As the Golden State prepares for a particularly dry season later on this summer, extreme measures are being taken to ensure that that the region is not crippled by a potential water crisis.

One measure that was put into effect as of January 1 of year is the Retrofitting Law. This law requires home owners who take on the remodel of a home that was built prior to 2014 to retrofit the home with toilets that use no more than 1.6 gallons per flush, showerheads with flow rates of no more than 2.5 gallons per minute and other interior fixtures that use less than 2.2 gallons of water per minute.

The great reduction in water use will not only help to save the beautiful California environment, but will also help to save local home owners a few cents in their pocketbooks as these appliances can significantly reduce water bills.

Commercial and multifamily properties are also required to follow the same guidelines as single-family homes in cases where the remodel includes 10 percent or more of the property’s square footage.

While most water conservation methods have been largely concentrated outside the home, this measure to retrofit California homes provides that by 2017 all homes built prior to 1994 will be in compliance with these regulations. This will bring all homes and commercial properties up to the same environmental standards as those built since 1994.

Earlier this year, Governor Jerry Brown urged all California home owners to take the initiative at home by adopting conservative measures when using water. With the dry season in full effect, the state Water Control Board is currently considering prohibiting activities such as using water to wash down driveway, patio or sidewalk surfaces, landscape watering that can potentially run off your own property, washing or watering with a hose not outfitted with a shut-off nozzle and using potable water in a fountain or decorative water feature. The board is considering resorting to fines up to $500 if these laws are not upheld by residents.

“Having a dirty car and a brown lawn should be a badge of honor because it shows you care about your community,” Felicia Marcus, the board’s chairwoman, recently told reporters in a teleconference. “We don’t know when it will rain again. It’s prudent to act as if it won’t.”

Although these measures may seem rather extreme, they may be absolutely necessary in order for the state to survive what is expected to be a rather lengthy drought. Approximately 80 percent of the state is experiencing an extreme drought with no end in sight.

The Daily News recently reported, “More than 400,000 acres of farmland are expected to be fallowed, thousands of people may be out of work, fish and wildlife species are threatened, and some small communities are at risk of running out of water.”