Would You Rent Out Your Home During the Super Bowl?

27 Jan Would You Rent Out Your Home During the Super Bowl? 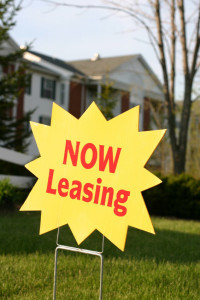 It may seem crazy–renting out your home to perfect strangers during one of the most highly anticipated sporting events of the year. But for home owners in New York and New Jersey, the opportunity to make some quick cash during Super Bowl XLVIII at MetLife Stadium is worth being homeless for a few nights.

Garrett Larson is one such homeowner. His two-bedroom townhome in Montclair, N.J. is currently listed for rent on Craigslist. For $8,000, the lucky renter will be treated to a six-night stay and a short, 15-minute drive to the stadium. According to Larson, it’s about “paying bills and paying off debt.”

At over $1,300 per night, many still have visions of five-star luxury hotels and New York City nights on the town dancing in their heads. But experts say that many hotels have increased their prices by as much as 10 times a normal nights stay, pricing a lot of people right out of the football-loving market.

That’s why homeowners have stepped up, offering potential renters a bevy of luxury amenities and conveniences like chauffeur-driven cars, daily maid service and fully-stocked kitchens and bars to simulate the hotel experience. A recent report by Reuters shows that hotel prices have gone through the roof in both New York and New Jersey, and that lodging for Super Bowl XLVIII is some of the most expensive that football fans have ever seen.

Super-Bowl-Rentalz.com is a one-year-old website where Super Bowl goers can find short-term rentals. Bill Ryan, managing director, said: “There’s a lot of hotels, businesses, and commercial real estate owners who are cashing in on this event and taking the opportunity to make a buck. So, why wouldn’t Joe Home Owner give it a shot?”