Mortgages Back on Top of Debt Priorities for Consumers

06 Jan Mortgages Back on Top of Debt Priorities for Consumers 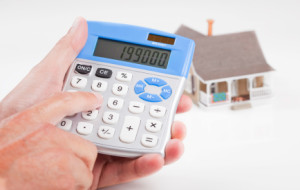 The burst of the housing bubble was a huge shock for many home owners who found themselves upside down and owing more than their homes were worth. But according to a new report by the credit bureau TransUnion that shows there is a direct correlation between home price movement and mortgage payments, rising home values have pushed mortgages back on top when it comes to debt priorities for consumers.

Steve Chaouki, group vice president for TransUnion’s financial services business unit, said: “We had previously determined that, beginning in 2008, consumers had a higher propensity to go delinquent on their mortgages than on their credit cards—a reversal of traditional payment patterns.”

But TransUnion has found that many borrowers are now realizing just how important paying their mortgages is, especially as it relates to their future ability to obtain a loan. The study found that 30-day mortgage delinquency rates have fallen far below credit card delinquencies, a reversal from the recession.

TransUnion’s vice president of research, Toni Guitart, said: “We did see a big change in the traditional payment hierarchy during the recession.”

Home owners who were upside down in their properties during the recession and owed more than the property was worth frequently decided to forego their housing payment, putting the money toward other types of debt like credit cards, student loans and cars. But with the negative effects of foreclosure, short sales and bankruptcy so prominently displayed in the wake of the housing crisis, many borrowers have shifted their way of thinking.

Rising home prices during much of 2013 has helped to fuel a renewed interest in being a responsible borrower, especially when it comes to home loans. Many previously underwater home owners have regained enough equity to either refinance into a more favorable loan or sell for a profit instead of a loss. The gap between delinquency rates for mortgages and credit cards has narrowed considerably to 1.91 percent and 1.82 percent, respectively.

Guitart went on to say: “Consumers would make payments on their credit cards more so than on their mortgages because that was associated with the big decline in housing markets. But now over the past year, the amount of consumers that are paying mortgages over credit cards has reversed to the traditional payment hierarchy.”