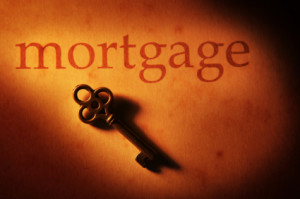 For home owners who are in possession of a home loan that is insured by the Federal Housing Administration or the Department of Veterans Affair, their existing loan can now be used to attract interested sellers. That’s because a new FHA feature allows potential home buyers to acquire a seller’s existing loan that might have more favorable terms than what they could get on their own.

This is of particular interest since mortgage rates have been on the rise during the second half of 2013. Marc Israel, an executive vice president of Kensington Vanguard National Land Services and a real estate lawyer, said: “You could now have a seller saying, ‘I have a great house to sell you and a great mortgage to go with it, which is better than my neighbor, who only has a great house.’ It’s a very clever idea.”

This assumability feature hasn’t been widely advertised until now, and interested home shoppers are likely to take full advantage of it providing all of the details are in place. For those who qualify, they could take over a home owner’s existing loan with the same terms instead of procuring their own financing.

With a traditional FHA loan, it’s required that a borrower pay for mortgage insurance for the duration of the loan, however, with assumability, borrowers aren’t required to pay the mortgage insurance premium upfront. What’s more, because the new buyer would assume borrowing further into the loan period, more of their monthly payment would go toward the principal.

Katie Miller, the vice president of mortgage products for Navy Federal Credit Union, adds: “In a rising rate environment, assumability is a very attractive option. It ends up making homes that much more affordable.”

In order to qualify for this unique feature, the new borrower must prove their creditworthiness as if they were applying for a normal FHA or VA loan. Once it’s determined that the new buyer can assume the loan, the seller is released from any future liability.