Short Sale and REO Fraud Continues To Be Identified

17 Jun Short Sale and REO Fraud Continues To Be Identified 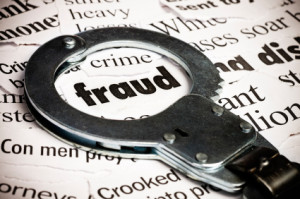 According to Freddie Mac, short sale and REO fraud continues to be identified as the U.S. housing market climbs back to normal. Rob Hagberg, associate director of fraud investigations at Freddie Mac, says that despite the improvements in the real estate market, “This area is ripe with fraud.”

Hagberg says there are a variety of practices with short sales and REOs that are becoming commonplace, and despite mortgage servicers and others in the industry being privy to the schemes, people are continuing to find ways to manipulate the system.

The “straw buyer,” as it’s known, is perhaps the most common form of fraud. This is when a buyer temporarily purchases an undervalued home via REO or short sale, and then sells it to a third party at a higher price. Bribery is also an issue, with fraudulent buyers offering kickbacks to REO brokers. People will manipulate MLS data to reduce the price of comparable properties nearby, or stage homes in such a way that make them give off a horrific appearance.

Hagberg says he’s heard of people hiding fish in kitchens to create a rotting smell, as well as strewing garbage around a home to make it look like it was trashed. And he’s seen properties undervalued by as much as $40,000 due to inaccurate statements about the home.

Another common practice is the “short sale and stay,” when an underwater homeowner is in search of a lower loan amount. They will generally recruit a friend or family member to purchase their home via short sale, and then they stay there. From a woman using her maiden name to purchase the home from her husband to the practices noted above, it’s clear that people are becoming more and more crafty in how they go about convincing servicers that a home is worth less than it really is.