Baby Boomers Contend with Mortgage Debt as They Retire

03 Jun Baby Boomers Contend with Mortgage Debt as They Retire 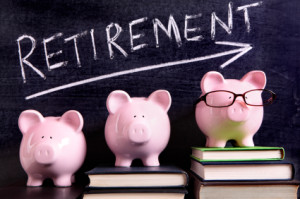 The Baby Boomer generation is on the fast track toward retirement, but many Boomers are contending with looming mortgage debt as they make their way toward their golden years. According to a new study released by Securian Financial Group, a St. Paul, Minnesota-based financial services firm, a whopping 49% of people retiring these days are retiring with debt.

Mortgage debt is by far the most common financial hardship among this cross-section of people. The study showed that 38% of current retirees have at least $50,000 in debt, and of those who are nearing retirement, a shocking 67% said they expect to carry mortgage debt with them into retirement. By comparison, Securian’s previous study was completed back in 2009, and that same debt category only had 30% of respondents in the same boat.

After mortgage debt, credit card debt trails close behind. Nearly 40% of pre-retirees said they will likely have credit card debt upon retirement. And because so many retirees have more debt than their savings and investments, the numbers are troubling. Once again, the number of respondents from this category jumped from 30% in 2009 to 42% this year.

Securian’s study also looked at retirees’ attitude about debt. While 53% of respondents said that “debt is something to avoid if possible,” 19% had a different view, noting that “debt is normal.” The survey also found that 23% of pre-retirees feel that their debt will be “much more” than their savings as they enter into retirement.