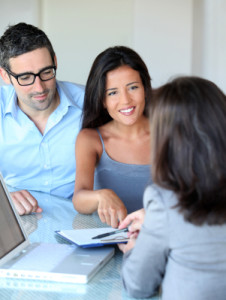 Exciting news for underwater homeowners who have yet to refinance… The Obama Administration’s popular Home Affordable Refinance Program (HARP), which was scheduled to end at the end of this year, has been extended through 2015.

The Federal Housing Finance Agency (FHFA) announced earlier this month that their decision was made in hopes that more underwater borrowers who are current with their mortgage can benefit from lower interest rates. The FHFA plans to launch a nationwide campaign to promote HARP and motivate consumers to explore their options within the program’s parameters.

As of January 2013, more than 2.2 million borrowers have already refinanced through HARP since its inception in April 2009. What’s more, the Los Angeles Times reported on April 11, 2013, that “about 2.7 million underwater homeowners remain eligible for HARP loans, according to online lender Quicken Loans, which said the average savings from a HARP refinance is around $200 a month with an average rate reduction of 1.75 percentage points.”

The FHFA says the extension will allow more borrowers the opportunity to refinance, while reducing risk for Fannie Mae, Freddie Mac and taxpayers.

HARP is available to certain borrowers whose loans are owned or guaranteed by Fannie Mae and Freddie Mac, the government-controlled home finance companies that back about two-thirds of all residential mortgages.

To see the full official release on the HARP extension and review the program’s criteria, go to: http://www.fhfa.gov/webfiles/25112/HARPextensionPRFINAL41113.pdf.